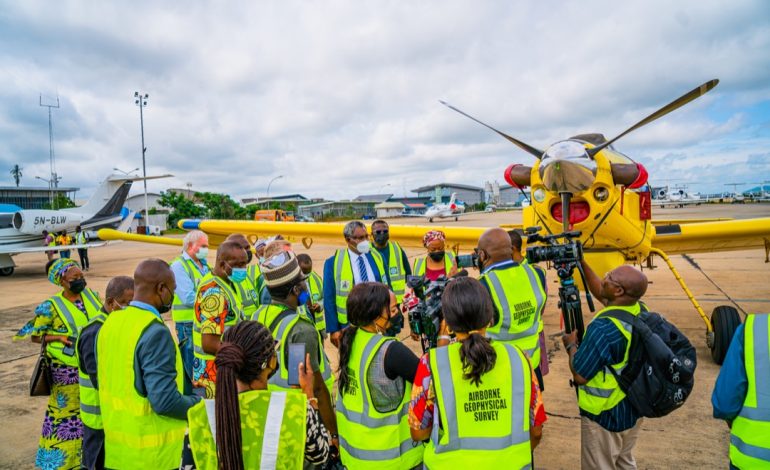 Posted in News Posted on September 4, 2021 by Stanley Igyuh

The mini aircrafts are specially designed for airborne geophysical survey to determine accurate mineral locations in the selected areas with state-of-the-art aeromagnetic mechanisms.

The exercise will be conducted across 112 Local Government Areas within the 19 states including the FCT. As such, the aircrafts are expected to fly at low altitude, and this may stir fear, panic and anxiety amongst residents considering the security situation in the country. However, they are urged not to panic as adequate environmental safety measures are put in place with full collaboration of the necessary stakeholders to ensure a seamless process.

Airborne geophysical data are essential documents of the National Geological Infrastructure, as they provide objective information on the spatial distribution of the geological information and tectonics. One of the major challenges affecting the growth and development of the Nigeria’s mining industry is lack of adequate geological information. This outcome has affected investors decision on taking advantage of the vast mineral resources distributed across Nigeria.
As FG takes delivery of the aircrafts, a later date will be announced for the official kickoff of the airborne survey and the pilot states for the activity.